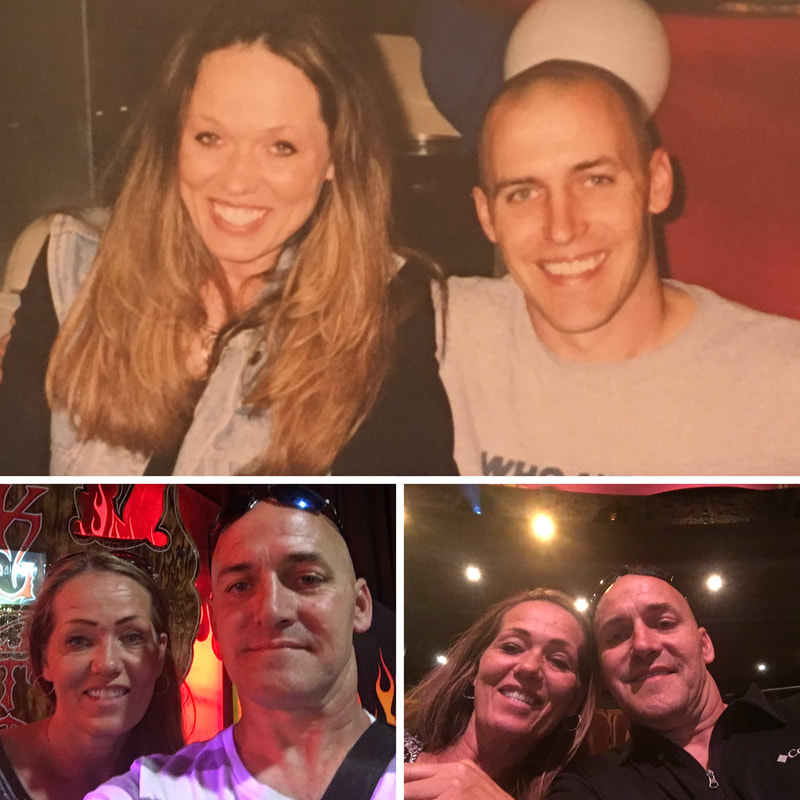 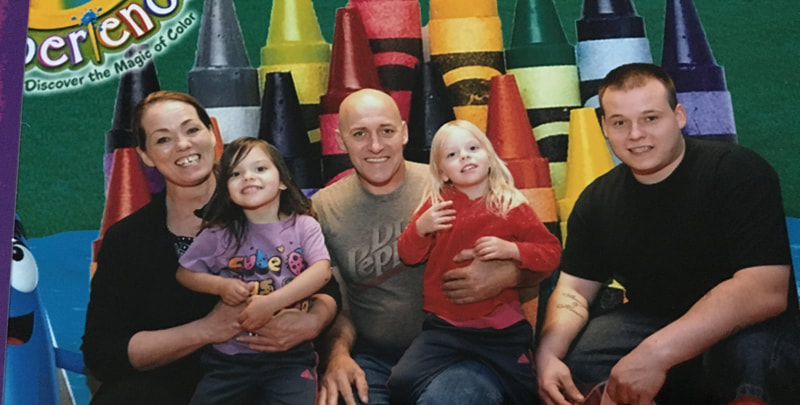 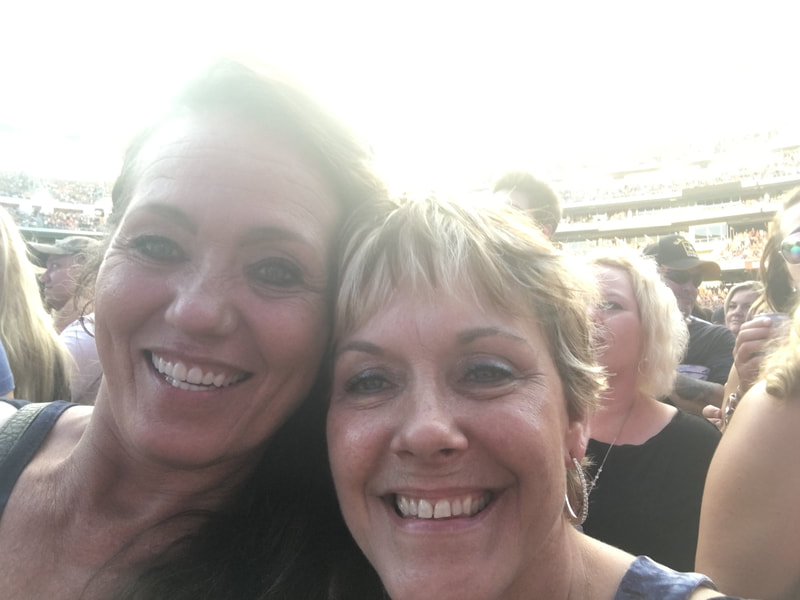 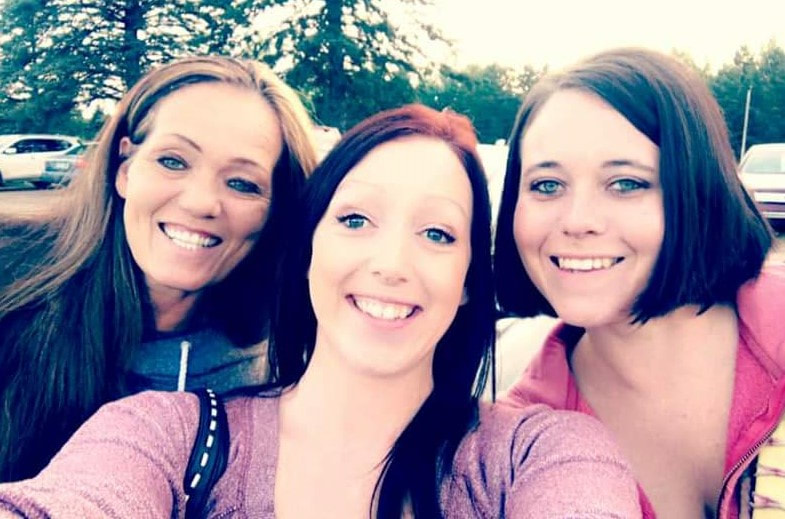 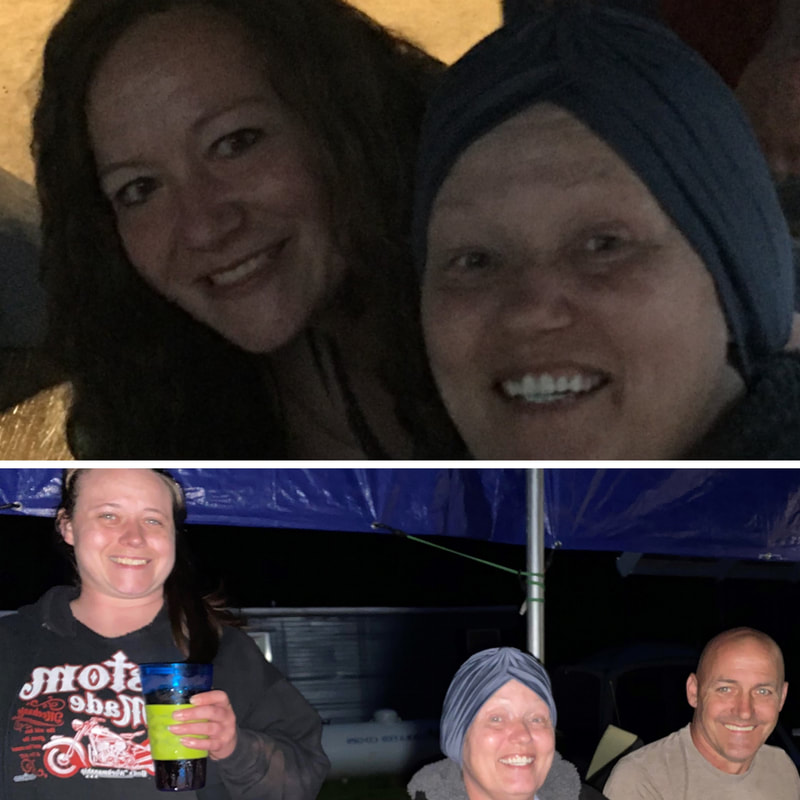 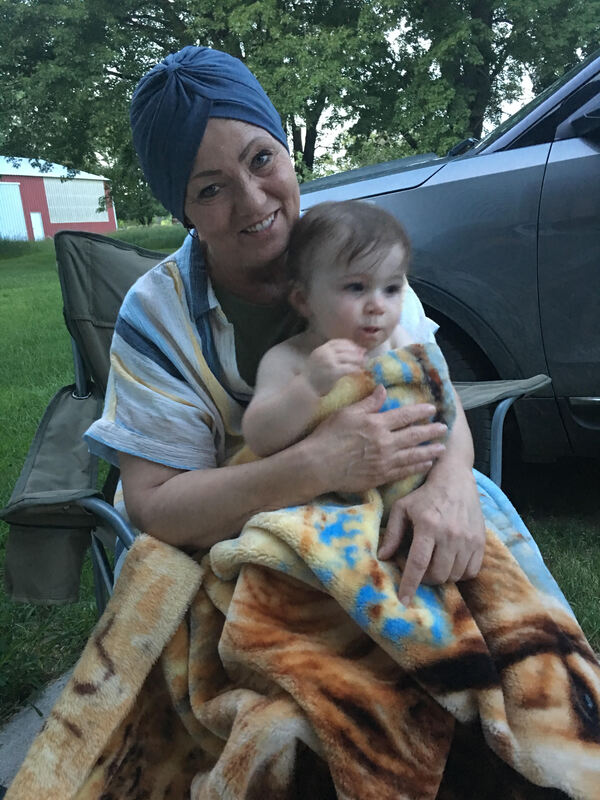 My name is Tammy Morgan and I am the August Indy Warrior.  I was nominated by a very good friend and family.  I watched those kids grow up and was like a second Mom to them. I am so blessed to have them in my life and part of my support team.

I have been married to my husband Jim for 33 years.  We have 2 children – Cassie (Phil – Cassie’s boyfriend), and Nathan.  We also have 4 grandchildren – twin girls, Lily & Violet, who are 7 years old, James Riley, who is also 7, and 1 year old Landon. They mean the world to me and I spend many weekends enjoying time with, and having fun with them, even when my treatment makes me tired.

My battle against breast cancer began in November, 2018 with a recurrence in March, 2020.  It was November of 2018, I was feeling fine, and if not for Lily (our oldest twin granddaughter), I may not have discovered the tumor.  Lily was jumping up to sit on my lap and she threw her head back again my chest.  I was in a lot of pain and even after several weeks, the pain had not gone away.  One night after my shower, it was still sore and I noticed the area was very red and hard as a rock.

Back in 2015, I had abnormal mammograms and follow-up biopsies.  The biopsies came back benign and I was diagnosed with fibrous cysts.  Because of that, I thought this was likely nothing, but the pain was getting worse.  My husband said I should really go to the doctor.  I made the appointment with the doctor and he suggested I get a mammogram. My mammogram came back abnormal, so I had to go in for a biopsy.  Then, Jim and I received a call from the doctor telling us that I had cancer.  I even said, can you repeat that, I did not hear you, because I did not want to believe that it was cancer.  The doctors had already scheduled me for a CT scan. They found some other suspicious tumors, but those were not cancerous.

In November, 2018, I was diagnosed with a very rare aggressive triple negative invasive squamous cell carcinoma breast cancer. This type of cancer typically does not originate in the breast.  It usually starts in the skin, but can also move to the lining of other organs. Triple-negative breast cancer differs from other types of invasive breast cancer in that they grow and spread faster, have limited treatment options, and a worse prognosis (outcome). It is an aggressive cancer that is more likely to recur and return after initial treatment or it can metastasize and spread to other parts of the body.  My cancer came back within 6 months of my last treatment.

I had the lumpectomy to surgically remove the tumor in November, 2018.  When we were going to my follow up appointment in December, to go over the pathology report, the surgeon explained that she felt that not enough tissue margin was removed.  The surgeon wanted me to schedule the appointment, but Jim and I thought we should get a second opinion.  The Oncologist felt enough tissue margin was removed.

In January of 2019, I started 12 weeks of chemo followed by radiation every day for 4 weeks.  I will be forever grateful for my friends Lara, Addie, Sue and my Mom for being with me during my treatments.  I never had to be at an appointment alone and it was a blessing. I was having a lot of side effects from chemo which made treatment even harder for me.  Even today, I am still suffering disabling side effects.  One of the hardest parts of going through chemo was the grandkids seeing me go through the changes with the hair loss, face changes, and extreme fatigue.  They asked me how I got cancer and why I was getting sick.  It’s hard to explain cancer to the little ones.  To this day, they don’t like seeing picture of me when I was at my worst time with chemo.

I was into my last week of chemo when my Mom was diagnosed with Non-Hodgkin lymphoma cancer.  My Mom started her first day of chemo at Coborn’s Cancer Center in St. Cloud on my last day of radiation.

I was getting closer to the end of my chemo when both my husband and I became unemployed due to the company we worked for being sold.  We were so thankful that because of the kind heart of a wonderful friend, we were able to continue living in Minneapolis, by the University of MN, so I could finish my treatments at the university, before we had to move.  That was such a blessing because if I would have had to change to a new care team, that would have added a lot of extra stress to a very stressful time. I will be forever grateful for that.

In January 2020, my 3 month survival-ship mammogram showed no cancer.  We were praising God and so thankful.  Unfortunately, my cancer free time was very short lived.  In March, 2020, while going through physical therapy for lymphedema (damage to my lymph nodes as a result of cancer treatment), I noticed another lump. I made an appointment with my doctor, followed by another mammogram, ultrasound and biopsy.  The biopsy confirmed my greatest fear.  After all of my treatments and only 2 month of being cancer free, the cancer was back.  After being cancer free in January, I though how can this be, but the doctors said either it was hiding on the mammogram in January or it had flared up from January till March.

This cancerous tumor was just a little smaller than the first one.  I had to go back to the doctor for CT, PET & MRI scans which found more suspicious areas.  They biopsied them and found those to be benign.  We were so happy to hear that those were benign because if those were cancerous as well, it would have been stage 4.

So now I was back for another 12 weeks of chemo treatments and because we had moved from Minneapolis, I had to go to a new clinic.  Also, what made treatment even harder this time was, because of COVID-19, I had to go alone.  Chemo is not fun especially when you have to go alone.  I was scared and nervous and wearing the mask made it harder to breathe.

In May, 2020, shortly after radiation, I had my port removed.  When I had to start chemo treatment again, I did not want to do the port again because last time I had gotten blood clots from the port.  When I started chemo this time, I was having a lot of problems with the IV going straight through my veins.  Also, my body began rejecting the chemo treatments and I had a severe reaction. I had to stop chemo immediately.

I was supposed to have a mastectomy in August, 2020, but because of my sever reaction to the chemo and having to stop chemo, the doctors moved my mastectomy up to July.  I had my mastectomy the first week of July.  I am recovering from the surgery as I am typing this.  On July 27th, we will get the pathology report from my mastectomy.

I want to thank the Indy Foundation for giving us warriors a place to tell the beginning of our journeys with cancer.  I will forever be grateful to Indy and to the ones that nominated me for this opportunity.